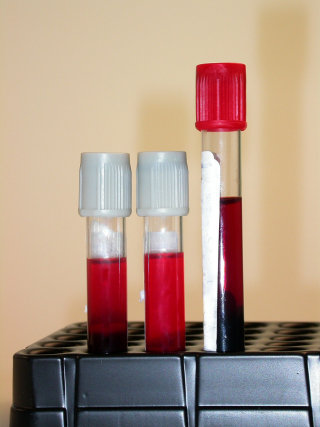 The Cleveland Clinic recently reduced their ED hemolysis rate from 13 percent to 2 percent, saving the facility $73,000.

Armed with the results of a CDC study on emergency department hemolysis, the reduction took a concerted effort between the laboratory and ED administrators and about a year to accomplish. According to an article in CAP Today, the facility's aggressive approach attempted to apply the strategies assessed by the CDC. Among them: 1) the elimination of draws during IV starts in favor of performing separate venipunctures and 2) the use of low-volume tubes when drawing during IV starts. While they were unsuccessful in getting the ED nurses to agree to a separate venipuncture for lab draws, the switch to low-volume tubes during IV starts brought a dramatic reduction in hemolysis.

The CDC was unable to establish the use of low-volume tubes as a Best Practice due to the lack of sufficient evidence in the literature. (In order to establish a Best Practice, the CDC requires three valid studies meet their stringent criteria and that show the same effect. Only two could be found.) However, the use of low-volume tubes is now the standard practice for draws during IV starts at the Cleveland Clinic. Because low-volume tubes have a lesser vacuum, the red blood cells are subjected to far less pressure when filling and are less likely to rupture, hemolyzing the sample.

Not only did they find hemolyzed samples to be expensive, the impact on the patient was significant. On average, a hemolyzed sample was found to delay an ED patient's admission by 49 minutes, and a discharge by 23 minutes. Educating the staff was also felt to be an important contributor of their reduction in hemolysis rates.

[Editor's note: The Center for Phlebotomy Education has produced a training video that details an effective strategy to reduce ED hemolysis incorporating the CDC's Best Practice designations into a comprehensive facility-wide approach. Our Director, Dennis J. Ernst, participated in the CDC Evidence Review Panel on hemolysis and coauthored the article that launched the Cleveland Clinic's hemolysis-reduction project.]